Bradford is a popular metropolitan city of Western Yorkshire in Northern England. The city is located at the foothill of Pennines mountain range. The city which is known for its pleasant weather and immaculate natural beauty is closely associated with film industry and it also a popular tourist spot. In addition to these, the Bradford city is also very closely associated with various sports and games. For example, it has one of the reputed rugby league namely Bradford Bulls.

The city has several rugby stadiums and it has been the host for various rugby matches. The other popular sporting club is Bradford City Football Club that was started in the year 1903. This club has won several coveted cups and medals both in national and international competitions. There is also the Bradford Dragons basket ball team and a Snooker Club. In addition to these, the city is also the home for the reputed Bradford Cricket league. This league was started in the year 1903 with 12 teams each in two groups. But now only two out these inaugural groups continue to be members of the league. The inaugural league match was won by Shelf and some of the other top winners are Pudsey Congs with four wins and Bradford CC has recorded ten wins.

The Bradford Cricket League is managed by a Management Board which consists of Chairman and President who is the head of the League. The other members of Management Board include CEO cum Treasurer, Secretary, Editor and Administrative Executive. In addition to this, there are three club representatives and player representatives. The club has framed several rules for administration of the league as also for admission of member clubs into the league. Only those clubs that satisfy the rules of the league would be inducted into the membership. In addition to this, the club has a panel of umpires and they would be nominated to various matches sponsored by the league.

The umpires have formed an Association of their own. The members of the Umpires Association will be governed by the rules of the Association. The Association has been formed so as to ensure effective coordination with the Bradford Cricket League. One of the avowed objects of the Umpires Association is to ‘suppressing all rowdyism and unsportsmanship’ (quote from the rules of the Association). On its part, the Bradford Cricket League has formed various rules regarding dress code for the Umpires, Players as well as for the other officials of the league. Similarly, the league has formed rules regarding action to be taken in case of stoppage of game or delay tactics by the players, over rate, ball tampering and so on.

Action for violation of the Rules

The league conducts tournaments for various cups like the Priestley Cup, Priestley Shield, Twenty 20, Heavy Woolen Cup and Black Sheep Yorkshire trophy. In order to achieve the goals of the league and to develop the sportsmanship among the players, a chapter on ‘disciplinary action’ has been incorporated into the rules of the game. This chapter deals with imposition of discipline among the players, Umpires and other officials of the league. Some of the actions that attract disciplinary action are dissenting to the decision of the Umpire, intimidation, physical abuse, assault, use of abusive or foul language, improper behavior on or off the field, acting against the spirit of the game or against the rules of the Bradford Cricket League. The violation of the rules shall be brought to the notice of the League either by the umpire or any of the authorized persons in the manner prescribed by the league. In such cases, the appropriate body of the League will hold enquiry and take disciplinary action as per the rules of the league. In fact, the rules permit that the person infringed by the disciplinary body of the League can file an appeal before the appropriate authority identified by the League.

Famous cricketers who have played for the club

The member clubs are divided into two segments namely first teams and second teams. Each segment will have two groups namely Division one and Division Two and each division will have 12 teams. That means, in the two segments total 24 teams will be taking part in the league. Bradford Cricket league is one of the oldest leagues in England. The league has earned the reputation of bringing out several renowned cricketers like for example Gerard Simpson, Jack Hobbs, VVS Lakshman, Learie Constantine, Mathew Hoggard, Bill Athey, Rashid Khan, Bobby Peel and the list continues. 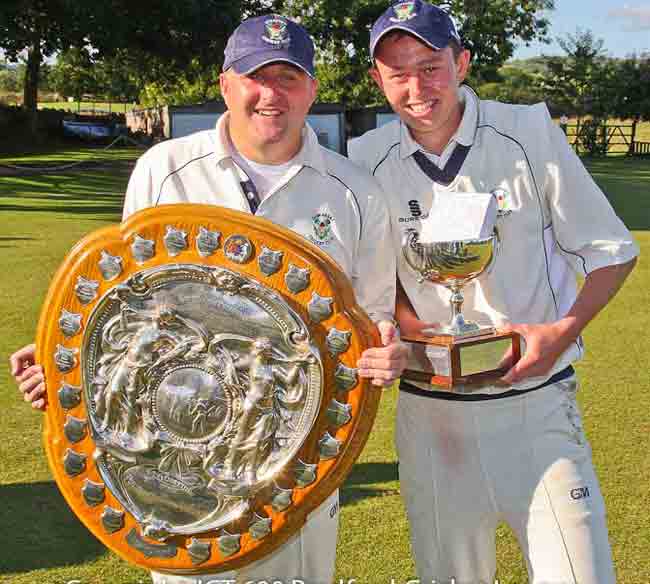 Cricket is an English national sport, played in summer, which first originated in England, but now, it is played all around the globe, in India, Australia, Pakistan, and the British Isles. This Sport is played with a ball and a bet, involving two sides od 11 players, that compete against each other. It is believed that cricket originated from the 16th century, in South-East England, and in the following centuries, it has also been introduced to North America by the English colonies. It is the second most popular sport in the world after football (soccer). Cricket is governed by the International Cricket Council, and Bradford League Cricket is one of the most famous leagues in Northern England. As being so popular, the teams of India, Pakistan, Australia, and South Africa are the most followed international cricket teams, with the biggest number of fans.

As the number of cricket fans grows, the online cricket betting sites are growing as well. There are also many cricket betting tips and prediction results for every new or advanced bettor. Just in case you don’t know, all those tips and predictions are based on past matches and the team’s performance. Try to find the most trusted and legal online casino sites, that offer the most convenient casino bonuses. Follow them every day if you want to become a successful cricket bettor and win big prizes of real money.

The bradfordcricketleague.org domain was picked up from the deleted domains list at DomCop, while it was registered via DynaDot’s Domain Name Registration service. The website was then host using iPage, a top Web Host.

A great contribution to the world of cricket