Newcomers meet in first round clash 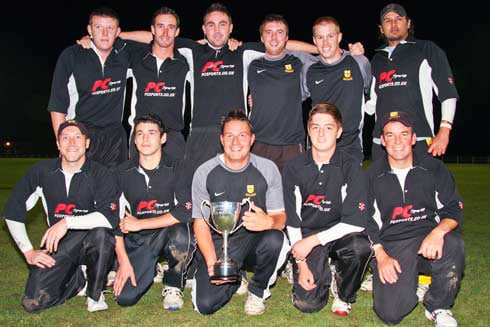 New entrants Woodlands and Undercliffe will meet in the first round of this year’s Dyson Insulations Twenty/20 Cup.

Their clash at Albert Terrace is an interesting introduction to the competition which is in its fourth year.

It is one of three all Division One ties with Farsley at home to East Bierley and Pudsey Congs hosting Hanging Heaton at the Britannia Ground, being the others.

Pudsey St Lawrence, winners in 2009 and 2010 face a visit to Division Two side Morley.

The remaining two ties are clashes between Division Two outfits. Yeadon play hosts to Baildon while Bankfoot have home advantage against Gomersal.

Holders Bradford & Bingley and Hartshead Moor were the two sides to receive byes.

Bradford & Bingley face a visit to the winners of the match between Farsley and East Bierley in the quarter finals while Hartshead Moor will be at home to either Woodlands or Undercliffe.