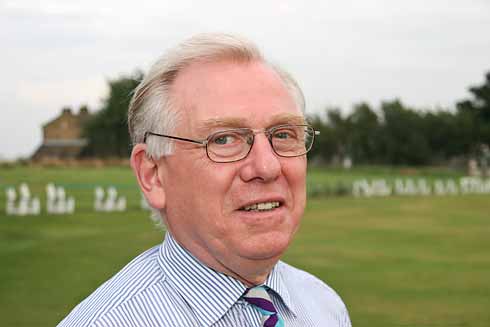 Graham Reid tonight announced that he is standing down as chairman of the JCT600 Bradford League.

He revealed his decision at the January meeting of the Management Board at Cleckheaton and brought to an end 15 years at the helm.

League president Keith Moss, who has agreed to take over the role of chairman, said: “Graham has given outstanding service to the league and he leaves with our very best wishes.

“He has shown good leadership and done a considerable amount of work on the league’s behalf. He has made a big contribution and leaves the board with our best wishes.”

He added: “The Management Board records its most grateful thanks for Graham’s meritorious service.

“He has worked assiduously, but we all respect his decision and look forward to seeing him around in the future.”

Reid, 76, who was made a Honorary Life Member by the Management Board, after announcing his decision, has been involved with the Bradford League for 37 years.

He played for Yorkshire Bank after their election to the league in 1974 and soon became their league representative.

He served the league executive committee and, since 1995, the Management Board for a combined total of 33 years.

He was elected vice president in 1990 and became chairman of the league in 1997 – a position he occupied for 15 years until standing down tonight.

Reid said:”I feel that the time is right for somebody else to lead the league. I have enjoyed my time as league chairman. I am proud of what the Bradford League has achieved, and I will continue to support and help in whatever way I can.

“There has been no falling out. I have just realised that this is the right time to move aside. I want to be able to sit back and enjoy my cricket. I have found the job increasingly demanding in recent times and I haven’t been able to enjoy doing it in the way I used to.”

The Management Board immediately asked league president Moss to act as chairman until the annual meeting in November.

Moss said: ” It is important that the Management Board provides strong leadership of our league and faces up to the challenges that confront it.”