JCT600 extends its sponsorship of the league 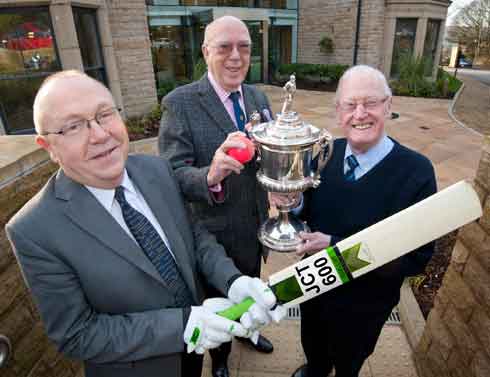 Yorkshire car retailer JCT600 has announced that it will be the main sponsor of the Bradford Cricket League for the sixth consecutive year.

As well as giving its name to the league, JCT600 also has its branding on the league’s website, trophies and umpires’ jackets.

Keith Moss, president of the JCT600 Bradford League, said:  “It’s great news that JCT600 is continuing its sponsorship.  We appreciate that these are tough economic times and we are proud that we have such a strong, supportive and loyal sponsor.

“The backing of JCT600 has allowed us to be innovative.  In 2010, we introduced computerised scoring and offered real time live scores from every match through our league website which has proved hugely popular and driven up our web audience figures.

“Last year, we invested in on-line player registration which has helped reduce the work burden for club and league officials and we funded a series of training courses for groundsmen so that we could continue to raise the quality of the pitches on which we play. In addition we have continued to support junior cricket with funding for the Bradford Junior League.

“None of this would have been possible without the loyal and valuable support of JCT600. We are incredibly grateful for their backing.

“The Bradford Cricket League has a long history and a loyal following,” commented John Tordoff, chief executive of JCT600.  “It’s great to be continuing our support of this Bradford institution which is close to the heart of the local community.”

With its headquarters in Bradford, JCT600 is a family business with a history of more than 60 years.  It has 48 dealerships throughout Yorkshire, Derbyshire, Lincolnshire and the North East and sells 21 of the world’s most respected brands such as Aston Martin, Audi, Bentley, BMW, Ferrari, Maserati, Mercedes-Benz and Porsche.